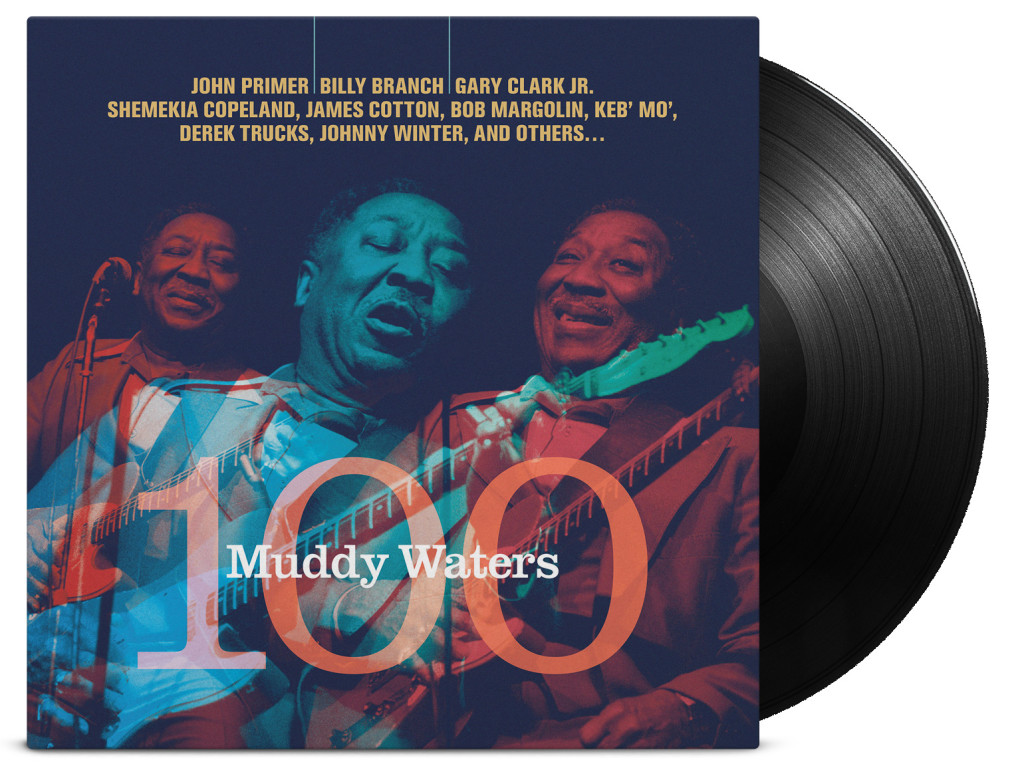 When a local guitarist and Blues singer in Clarksdale, Mississippi named McKinley Morganfield made his first field recording at the Stovall plantation, on August 31, 1941, he had no idea where this music would take him. By the time he plugged his guitar into an amplifier on Chicago’s Southside in 1943, he had become Muddy Waters, a man whose unique voice and sound would influence American popular music in the second half on the 20th century. Muddy Waters 100 is the centennial celebration of his birthday (April 4, 1915) and also a commemoration of this immense legacy.
This compilation covers the broad spectrum of the Waters catalog from Country Blues to the pioneering Chess studio sessions in Chicago. The album With an all-star lineup of Blues specialists and veterans under the direction of vocalist/guitarist, longtime Waters alumnus, and close friend John Primer, the mood is set with the trademark “Got My Mojo Working,” featuring vocalist Shemekia Copeland trading verses with Primer.
Also featuring Bob Margolin, who also spent many years in the Waters band. Johnny Winter (who produced four Muddy Waters albums in the 1970’s) was brought in as guest slide guitarist on “I’m Ready,” and harmonica wizard James Cotton livens up “Good News,” and “I Feel So Good,” adding an authentic touch, as he played on the original recordings in the late 1950’s. Representing the younger generation of bluesmen are Billy Branch, who sits
in on harmonica on several tracks, and guitarists Gary Clark Jr., Keb Mo,’ and Derek Trucks, who were request to add a contemporary flavor to the celebrated repertoire.

Paste your AdWords Remarketing code here
Like our page !