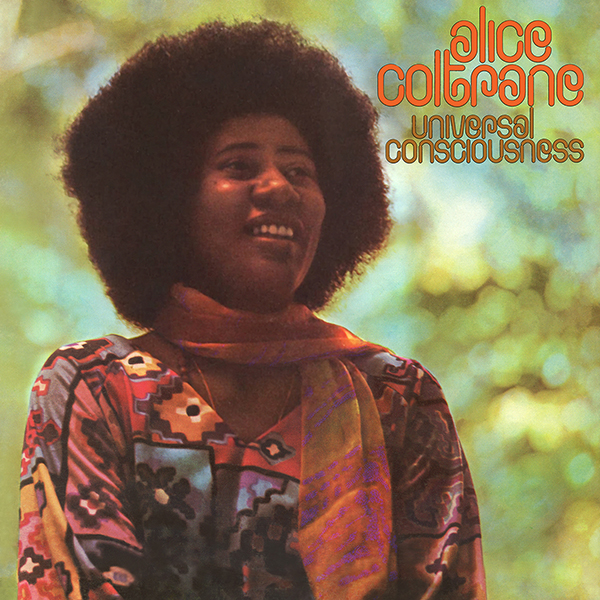 Originally released on Impulse! in 1971, Universal Consciousness is a major turning point in Alice Coltrane’s momentous career. While her previous albums pushed the limits of spiritual free-jazz and featured much of her late husband’s band, Universal Consciousness expands the harpist / pianist’s compositional palette with organ and strings (working with Ornette Coleman).

In The Wire’s “100 Records That Set the World on Fire,” David Toop writes, “[Universal Consciousness] clearly connects to other dyspeptic jazz traditions—the organ trio, the soloists with strings— yet volleys them into outer space, ancient Egypt, the Ganges, the great beyond. The production is astounding, the quality of improvisation is riveting, the string arrangements are apocalyptic rather than saccharine, the balance of turbulence and calm a genuine dialectic that later mystic / exotic post-jazz copped out of pursuing. Her lack of constraint was dimly regarded by adherents of ’70s jazz and its masculine orthodoxies, yet Alice deserved better credit for virtuosity, originality, and the sheer will power needed to realized her vision.”

This first-time vinyl reissue has been carefully remastered from the original master tapes.