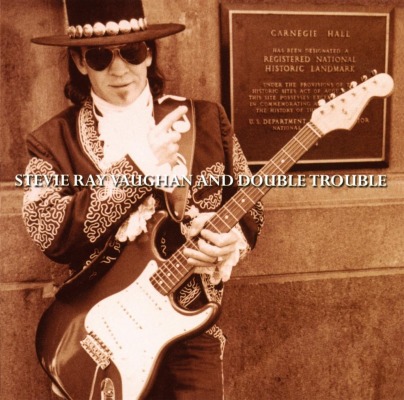 Live at Carnegie Hall is a live Texas blues album by Stevie Ray Vaughan and Double Trouble, released in 1997. The concert was recorded at New York City’s Carnegie Hall on October 4, 1984, a day after Vaughan’s thirtieth birthday (leading to Vaughan’s description of the show as “My best birthday ever … forever”).

Special guests included drummer George Rains, Dr. John on keyboards, the Roomful of Blues horn section, brother Jimmie Vaughan on guitar, and vocalist Angela Strehli. This was the first and only time in the band’s history that the trio was expanded.

The set list was in large part Vaughan’s personal, private, tribute to his role models; he played tunes by Guitar Slim, Albert Collins, and Albert King, all musicians who never got to perform in the legendary concert hall. The album charted on the Billboard 200, and was the #1 Blues album for eight weeks.